Since the beginning of the control of black fly populations in the Ebro Lands in 2006, efforts have been focused on the Ebro river itself. The expansion of the nuisance generated by this insect in this area as well as the increase in the problem in the The lowest area of the Ebro (Tortosa as a reference point) has led to the fact that in recent years, in parallel with the control efforts in the river, other areas have also been sampled in which the different existing water courses are favorable to the existence of different species of black fly that are also characterized by high anthropophiles. Despite being aware that in no case the problems that are generated in these areas can be compared with those that are generated in the Ebro, surely that the control that is carried out in them positively affects the well-being of people of these territories.

The different areas sampled are the following: 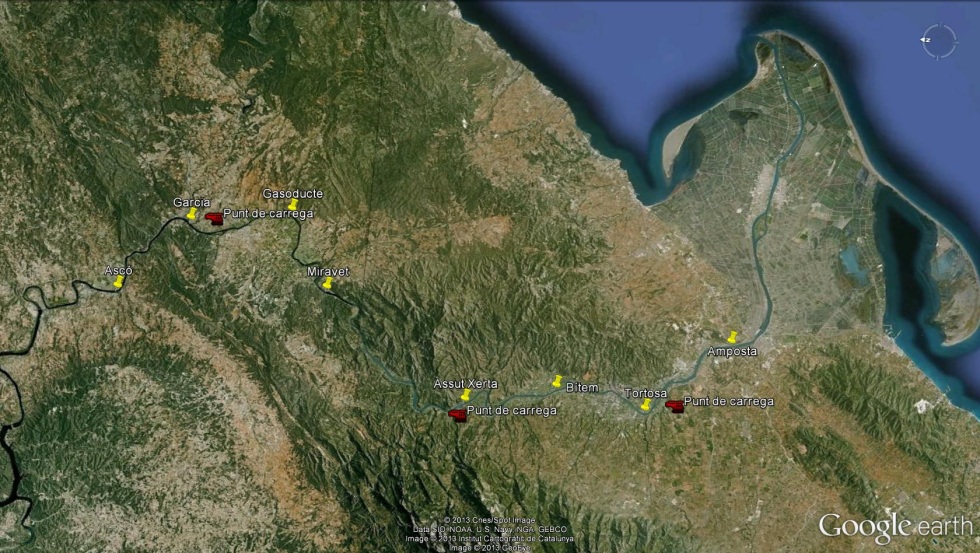