The regional sanitation services have the mission of managing, exploiting and maintaining high sanitation systems to guarantee the preservation of the environment, hence the importance of returning to the rivers, ravines, sea ... the water that we have used in optimal conditions. The two regions currently have about 133,890 inhabitants, of which approximately 93% belong to sanitized municipalities, which indicates that the situation of the Urban Wastewater Sanitation Program in both regions is largely completed and the Sanitation plans of the municipalities pending sanitation are in the pipeline or are included in the new Urban Wastewater Sanitation Program (PSARU 2005).

L'Agència Catalana de l'Aigua in the Urban Wastewater Sanitation Program (PSARU 2005), plans to carry out 52 actions in the Baix Ebre and Montsià region with a total budget of 57,220,504 euros. < / p>

Of the planned actions, the improvement and conditioning of the Camarles and L'Aldea treatment plants, the remodeling of the La Sénia treatment plant, and the improvements and expansion of the San Sénia treatment plant have already been carried out and are in operation. Carles de la Ràpita. The rest of the performances are divided into two stages, 27 performances correspond to the first stage (2006-2008), highlighting the construction of the Alfara de Carles, Benifallet, Tivenys, Vinallop, Paüls, Xerta-Aldover, Santiago de Enveja, Poble treatment plants Nou and Urb. Eucaliptus and, 20 a second (2009-2014) with the construction of treatment plants in the Tortosa neighborhoods, in the Mas de Barberans, Freginals and the Ulldecona neighborhoods. 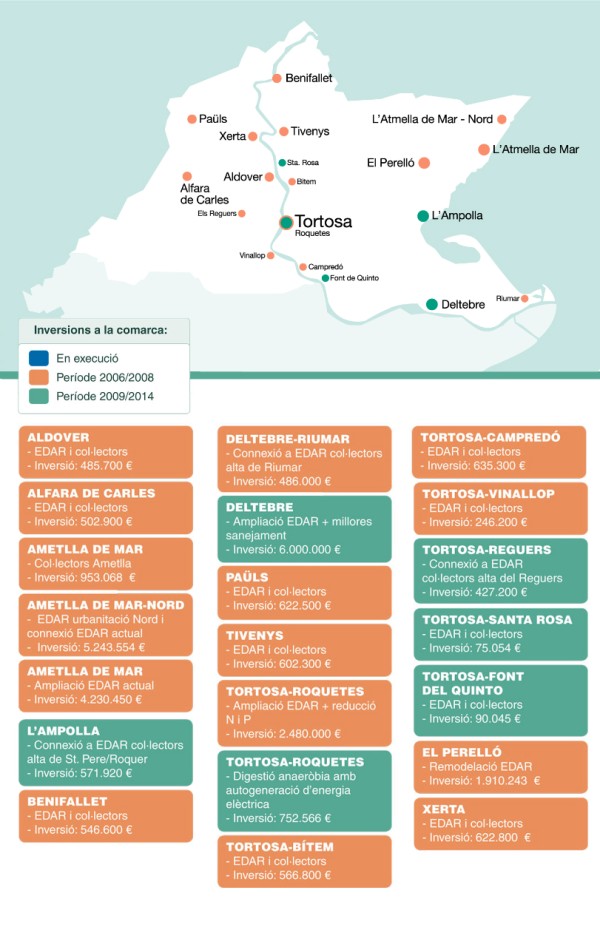 Investment plan in the Montsià region 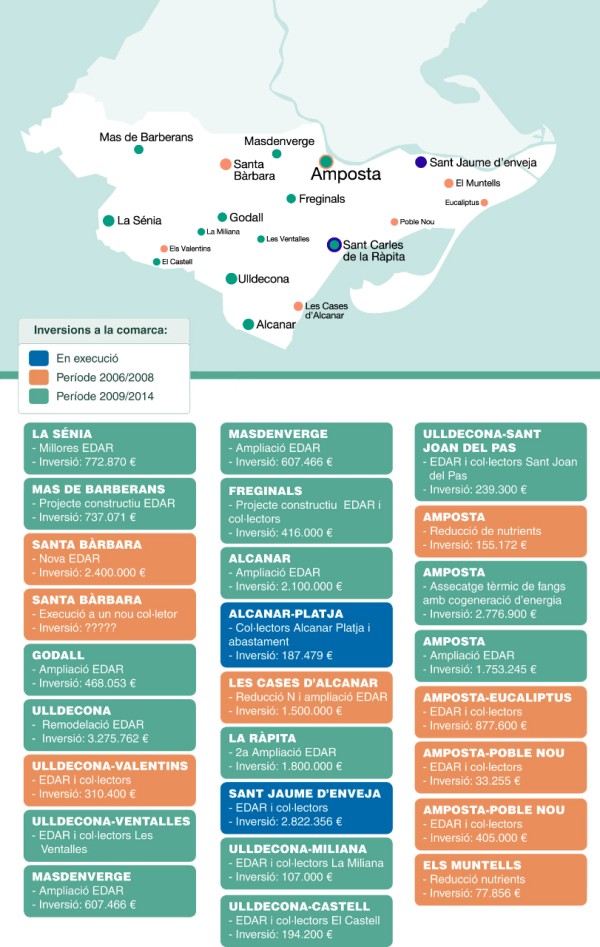